The poser is this: You are walking down a street and come across a person that has not eaten in days and seems to be in dire need of food, water and shelter. What would you do?

“When the Son of Man comes in His glory, and all the holy angels with Him, then He will sit on the throne of His glory. All the nations will be gathered before Him, and He will separate them one from another, as a shepherd divides his sheep from the goats.  And He will set the sheep on His right hand, but the goats on the left. Then the King will say to those on His right hand, ‘Come, you blessed of My Father, inherit the kingdom prepared for you from the foundation of the world: for I was hungry and you gave Me food; I was thirsty and you gave Me drink; I was a stranger and you took Me in; I was naked and you clothed Me; I was sick and you visited Me; I was in prison and you came to Me.’” 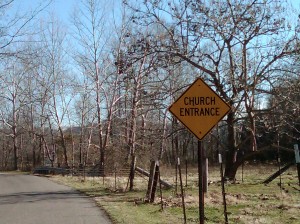 This isn’t a hard question to answer. Anyone with a heart would help that person get food and water right away and find a place for them to rest and get well. Surprisingly, some would not.

As a Christian, what would you do? The answers I’ve heard would surprise you.

There is nothing wrong with being a conservative Christian – I am one.  But I am aware of the same said Christians that would step over that person on their way to church. Or, even worse, that they would tell a starving person they need the LORD while holding their own lunch in their other hand.

One preacher said that if he had a sandwich in one hand and a bible in the other, he’d put the bible (a specific one that I won’t mention) in the hands of the starving person. Now, I agree that all need to know the LORD, but can’t that sandwich be given to the starving person with the love of GOD and let him/her know that the LORD loves them?

This scenario did not go unnoticed in Scripture; Jesus spoke of the ‘least of these’ being those that the rest of us have forgotten that need the basics of survival and that we should help them in His name:

“Then they also will answer Him,[ saying, ‘Lord, when did we see You hungry or thirsty or a stranger or naked or sick or in prison, and did not minister to You?’ Then He will answer them, saying, ‘Assuredly, I say to you, inasmuch as you did not do it to one of the least of these, you did not do it to Me.’ And these will go away into everlasting punishment, but the righteous into eternal life.”

As a Christian, after that person has gotten what they need to survive, you would share the love of Christ and witness to that person that they may know LORD in Eternity. As a Christian, you want all to know the saving knowledge of Jesus Christ and that when that day comes, we will see each other in Heaven.

And as a Christian, you would do it in LOVE.

One thought on “As a Christian…”

Dear Lord Jesus, I realize that I am a sinner and have broken your laws. I understand that my sin has separated me from you. I am sorry and I ask you to forgive me. I accept the fact that your son Jesus Christ died for me, was resurrected, and is alive today and hears my prayers. I now open my heart’s door and invite Jesus in to become my Lord and my Saviour. I give Him control and ask that He would rule and reign in my heart so that His perfect will would be accomplished in my life.

You may not modify, copy or distribute material within My LIFE as a Christian without written permission from the authors and contributors.

'Congress shall make no law respecting an establishment of religion, or prohibiting the free exercise thereof; or abridging the freedom of speech, or of the press; or the right of the people peaceably to assemble, and to petition the Government for a redress of grievances.'
Loading Comments...
%d bloggers like this: